​Here are some non-fiction books about comic book heroes that your older children or teens might like to read:

· The Encyclopedia of Superheroes on Film and Television, by John Kenneth Muir, McFarland & Company, Inc., 2008 - A thorough look at film superheroes.

· The League of Regrettable Superheroes, by Jon Morris, Quirk Books, 2015 - This is a favourite of my Eldest son.  He loves to read about the forgotten heroes, the second-tier characters from comics that never caught on.

· Superheroes!, by Laurence Maslon and Michael Kantor, Crown Archetype, 2013 - Based on a documentary film by Michael Kantor this large book chronicles the history of the comic book industry. 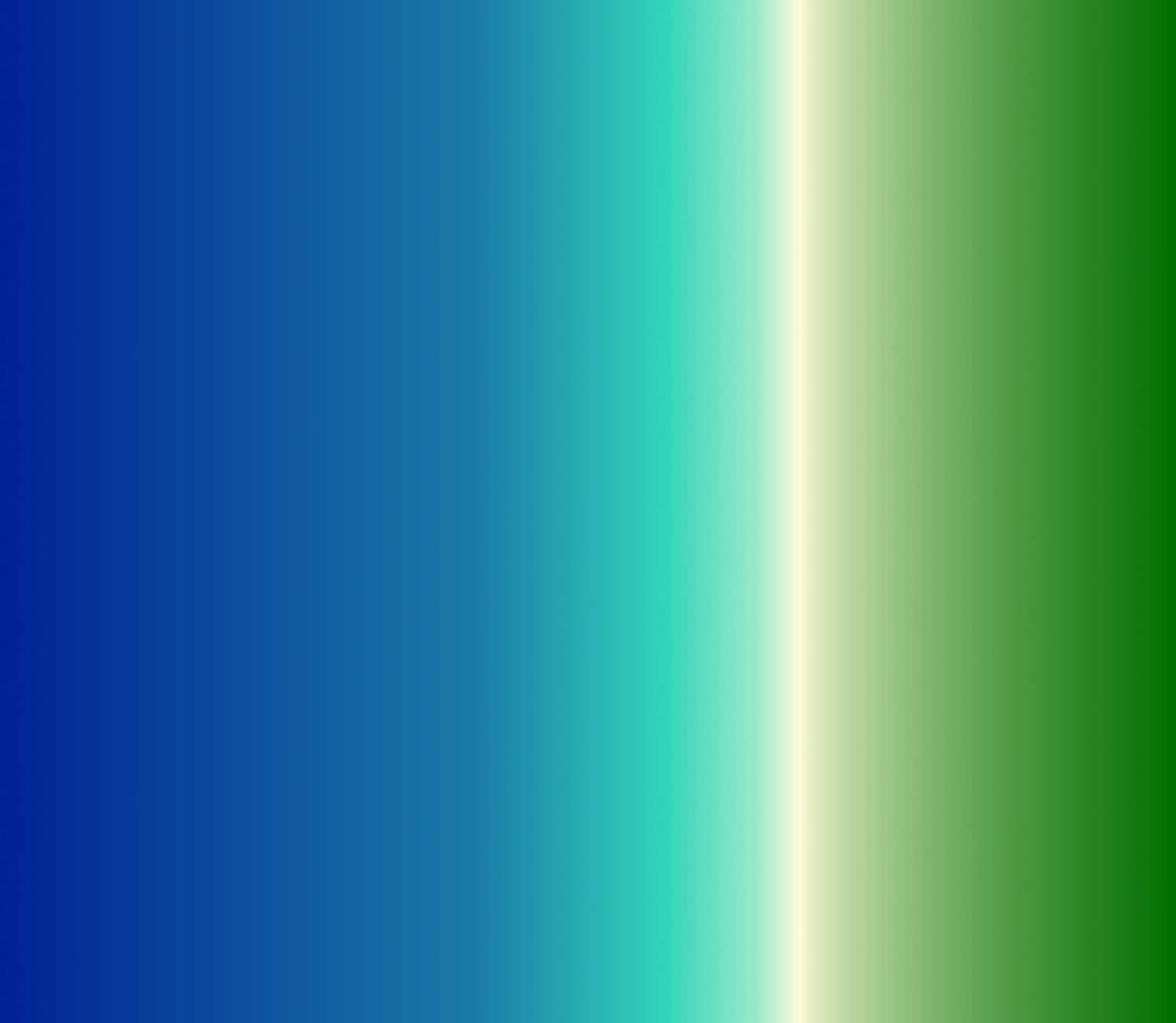 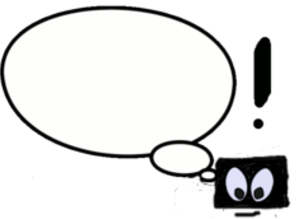 ​Why not take a break from the regular cinematic heroes with these titles:

· Atomic Ace (He’s Just My Dad), by Jeff Weigel, Albert Whitman & Company, 2004 – Using  rhyming text and comic book style illustrations this book tells the tale of what it’s like for a boy to have a superhero as a dad.

· The Bravest Mouse, by Maria Barbero (translated by Sibylle Kazeroid), North-South Books, 2002 – Sasha the mouse does not like looking different from the other mice but he soon discovers his inner courage and sees his individuality as a good thing.

​Do Superheroes Have Teddy Bears? by Carmela Lavigna and illustrated by Mike Gordon, Taylor Trade Publishing, 2012 - A sweet rhyming book to inspire your little one. 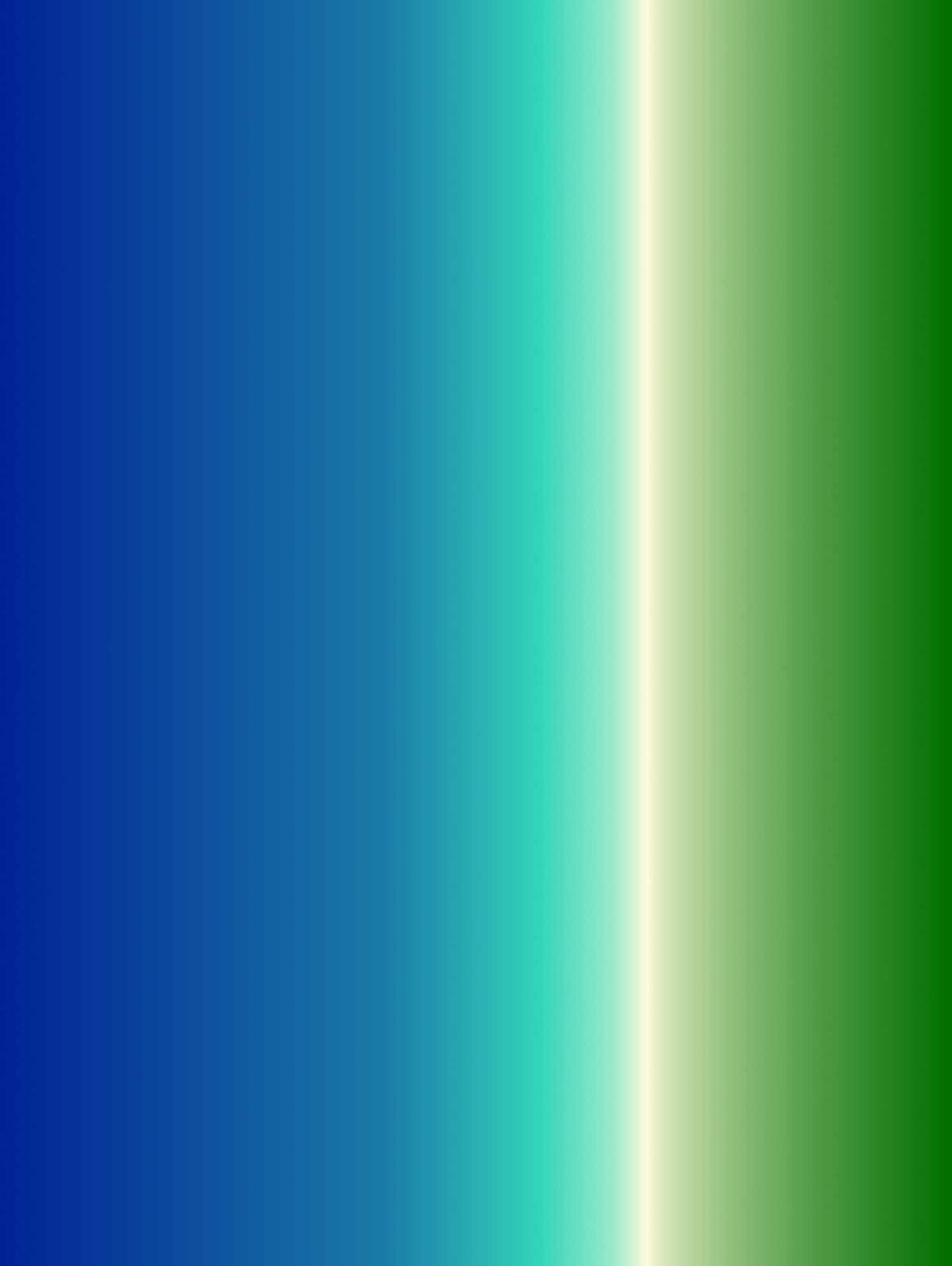 Raid your child’s bookshelves to find any books with heroic characters.  Or, go to the library with your child to find some books on heroes. 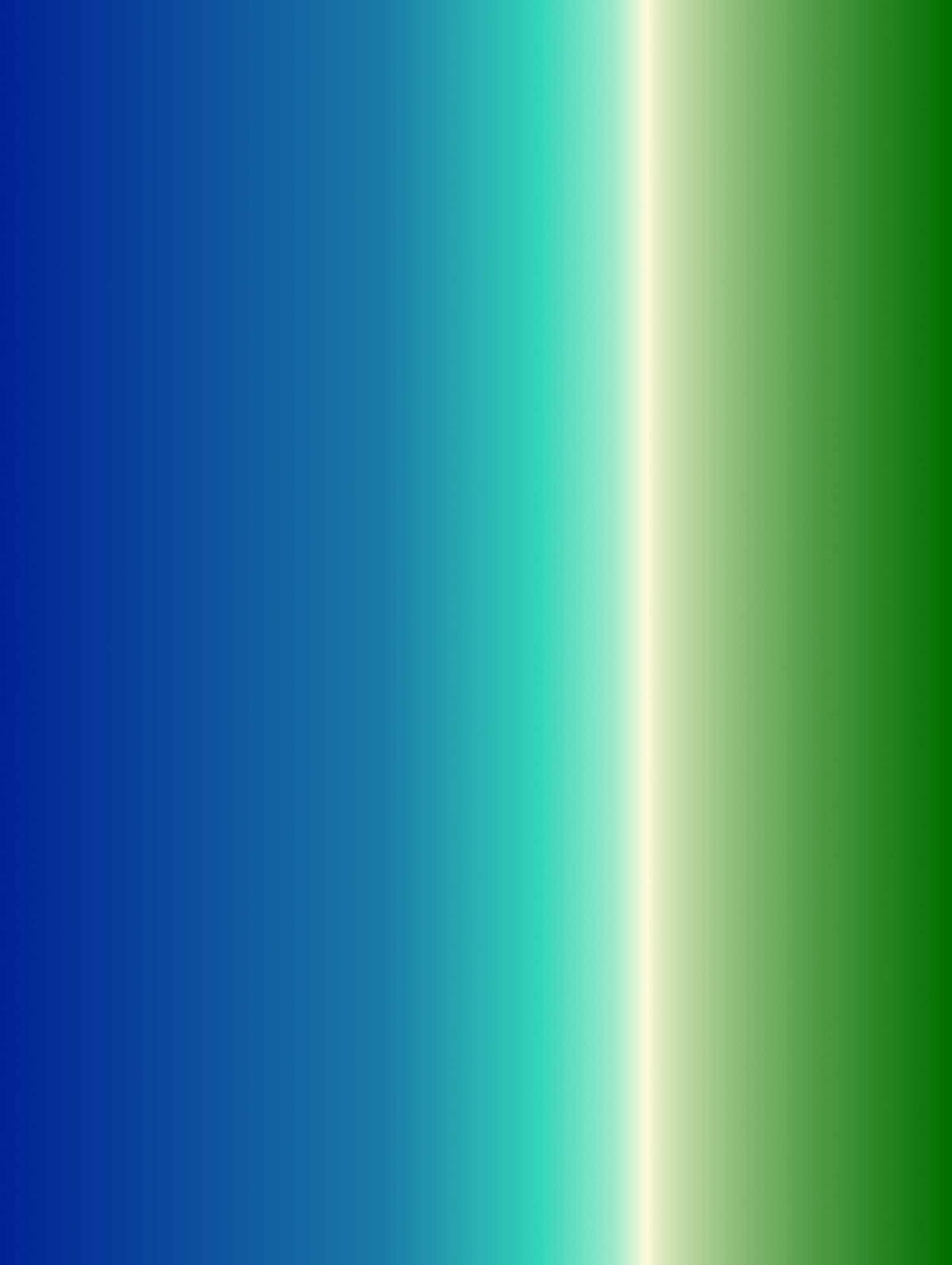 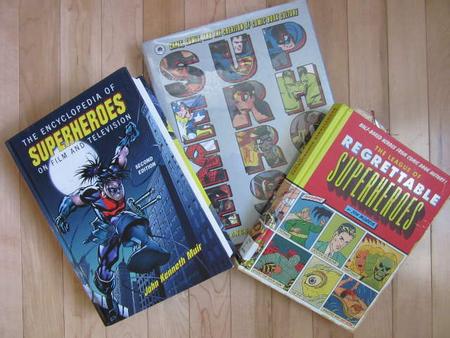 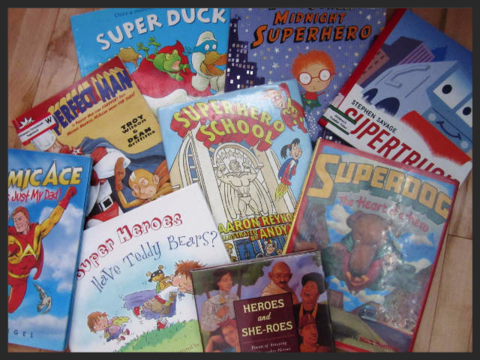 Print out my “Super Me! Colouring Page.”  Your child can either draw his own face in the picture or you can glue a photo of your child’s face in the circle.  Be sure to have your child to write (or you can write for preschoolers) in the space “I am special because...”

· Super Duck, by Jez Alborough, A duck in a superhero costume wants so much to be a hero and save the day for his friends...will he succeed?

· Superhero School, by Aaron Reynolds and illustrated by Andy Rash, Bloomsbury, 2009—When Leonard goes to Superhero school it is not exactly what he expected as his teacher actually teaches them their times tables, division, and fractions when he’d rather learn how to stop a runaway train or how to defeat evil robots, but his teacher is wiser than Leonard thinks when the class has to use their math skills to save their teachers and the day!

Supertruck, by Stepehn Savage, roaring Brook Press, 2015 - and easy to read book for your truck loving kid about a garbage truck who becomes a snowplow at night! 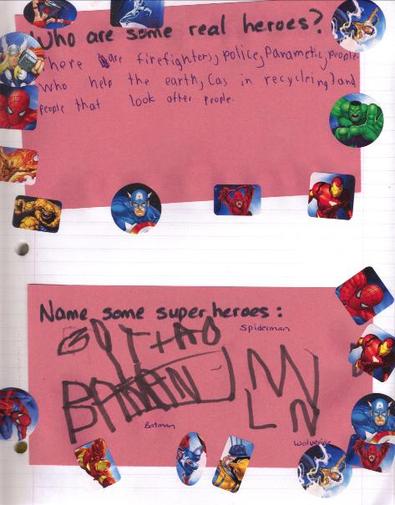 Save time by going online to reserve some super books.

How to encourage your child to write:

Choose the level of your child:

¨ Preschooler/Kindergartener – discuss the answer(s) out loud first and write the answer down for him/her leaving one word for him/her to write out himself/herself with your help. You could also encourage him/her to draw a picture as well.

¨ Early Grade School – have your child either write out the answer himself/herself (encourage phonetic spelling) without your help, or offer to help with spelling each word out loud one word at a time.

¨ Grade School – have your child write a sentence or two on his/her own and then read over and discuss the response.  (You decide whether to correct the spelling or not)

¨ Older Child – have your child write a longer response (paragraph).

¨ As A Challenge – instead of a question ask your older child to write a story about a hero or being a hero.


· Eliot Jones, Midnight Superhero, by Anne Cottringer and illustrated by Alex T. Smith, Tiger Tales, 2008 – Eliot is a quiet boy by day, but that’s because when it’s midnight he becomes a superhero with a lot of work to do.

· Ker-Splash, by George O’Connor, Simon & Schuster Books for Young Readers, 2005 – Two kids with active imaginations spend a day at the beach pretending to be superheroes when they realize they were mean to the boy’s little brother after being pushed around by a bully.  They then team up with the little brother to save a crab in a bucket from the bully.  It’s the illustrations alternating between pictures of the characters as children in costumes and pictures of adult superheroes that make this book especially fun.

· Perfect Man, by Troy Wilson and illustrations Dean Griffiths, Orca Book Publishers, Michael is the superhero Perfect Man’s biggest fan and when the hero retires the boy is certain his new teacher is Perfect Man in disguise but really the teacher guides Michael into believing in his own super powers of creativity and encourages the boy to write.

· Superdog: The Heart of a Hero, by Caralyn Buehner and illustrated by Mark Buehner, Harper Collins Publishers, 2004 – Dexter the dachshund dog may be little but he dreams big; he wants to be a superhero so trains and dons a costume and then heads out to help animals in need despite being teased by Cleevis the cat.

​Question Prompt:
Write out one or more of the following questions in your Family Theme Day Scrapbook or on a piece of paper to glue in your scrapbook:  What does it mean to be a hero? Who are some fictional heroes?  Who are some real life heroes? Who do you consider a hero? How can we be heroes every day? 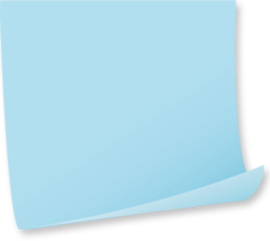 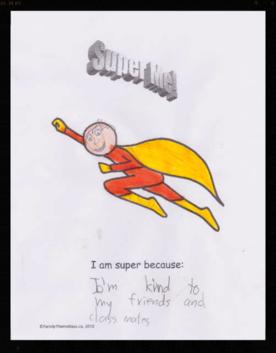 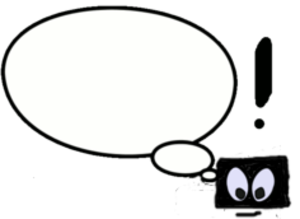 ​Here is a great book of poems that highlight real life heroes:

· Heroes and She-roes: Poems of Amazing and Everyday Heroes, by Patrick Lewis and illustrated by Jim Cooke, Dial Books for Young readers, 2005 – With twenty-one poems about real-life heroes from the broad (teachers and firefighters) to the specific (Gandhi, Martin Luther King Jr., Rosa Parks, Joan of arc) this is a great book to start a conversation with your child about acts of service and true heroism.